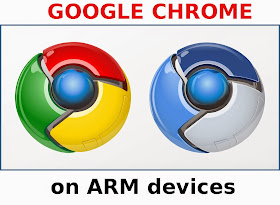 Here is the solution how to install Google Chromium (open source version
web browser Chrome) in Linux without building it from source. The
problem is that in many Linux distributions like Debian, Kali Linux the
Chromium package is only available for amd and i386 architectures. There
is no ARM (ARMHF and ARMEL) versions. I couldn't build it from source
using native Debain source repositories because it doesn't have
instructions for building under ARM. Using Google approach was also a failure.

How to install Chromium? Step by step manual.

The suggested method is quick and easy way to install Chromium from .deb
packages in any Debian-like system and on any ARM device (Raspberry PI,
Odroid, Cubieboard, etc.). The .deb package can be downloaded from Marko's repositories, but they are too old. I suggest using Ubunty repositories instead. The Chromium browser itself can be downloaded from here as a *.deb package. In my system I also required to download chromium-codecs-ffmpeg-extra package because Chromium requires it.

The installation is complete.

In my case I had unmet dependencies because of my Kali Linux 1.0.7 (is a
fork of Debain Wheezy) had an old version of libc6 library. The newer
version was available only at jessie (testing) branch. To install it I
had to add the following lines to /etc/apt/sources.list:

Debian usually has preferences file that correctly handles testing &
stable version of packages, so the above lines won't move our Linux
completely to testing branch. My version of Kali Linux didn't have such
preferences set, so I had to setup them manually. I created a file in
/etc/apt/preferences.d/main.pref with the following content:

The first 2 blocks describe internal packages of Kali Linux that have a
higher priority than Debian Jessie package. Note: if you're using Debian
Wheezy, you should have one block with n=wheezy instead of the 2 above. After the changes are saved, you should run command

Then you should explicitly install the new libc6 package by running the following command:

After that all dependencies should be met and you can try to install the Chromium browser again.

The usual flashplugin-nonfree for Linux is not available for ARM
devices. The solution is to use PepperFlash plugin. It's not available
for the public from the Google team, but thanks to Lee Harris we can
download it from his site.
It's a link for the plugin for ARMv7 ripped from original Google OS
from Chromebook. If you don't trust the link above you may try to rip it
out yourself. After you download the archive you should extract the
Pepperflash dir to /usr/lib. After that you need to do the following
changes to the Chromium config file /etc/chromium-browser/default. You
should modify it, so it has a line:

The Chromium browser doesn't launch as a root. You can change that
behavior by editing it's config file /etc/chromium-browser/default. You
should modify it, so it has a line:

The Chromium works great with Flash, tested on ODROID-XU (armhf) with Kali Linux 1.0.7. The screenshot: 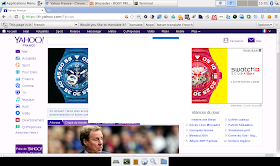 As you can see the Google sign-in feature is working, so all the
bookmarks, history, passwords are being synced. Also all the plugins
(add-ons) are working.