PermGen is an abbreviation for Permanent Generation and it’s a special heap space which is separate from the main Java heap where JVM keeps track of metadata of the classes which have been loaded. In Java 8 PermGen has been renamed to Metaspace – with some subtle differences. From our perspective, it is important to note that Metaspace has unlimited default maximum size. On the contrary, PermGen from Java 7 and earlier has the default maximum size of 64 MB on 32-bit JVM and 82 MB on 64-bit one. Of course, these are not the same as the initial sizes. Java 7 and earlier starts with something around 12-21 MB of the initial PermGen space.

It is worthwhile to mention that prior to Java 7, interned Strings used to be kept on the PermGen. That used caused some serious problems with the infamous

Whenever there is a need to resize PermGen/Metaspace, JVM will do it as it does with the standard heap. Resizing those spaces requires a full GC, which is always an expensive operation. It can be usually observed during a startup when a lot of classes are being loaded. Especially if the application has dependencies on many external libraries. If there are a lot of full GCs during the startup, it’s usually because of that. If that case, increasing the initial size can boost the startup performance.

To increase PermGen, we have the following commands:

-XX:PermSize=N – sets the initial (and minimum size) of the Permanent Generation space

-XX:MaxPermSize=N – sets the maximum size of the Permanent Generation space

In Java 8 and onwards, we can set the initial and maximum size of Metaspace using the following commands:

-XX:MetaspaceSize=N – sets the initial (and minimum size) of the Metaspace

-XX:MaxMetaspaceSize=N – sets the maximum size of the Metaspace 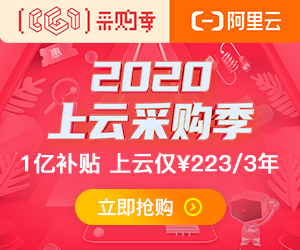